As I start making my way through my second year of cooking, I return to some familiar places. The Keller cook-off was my first cook-off in 2005 and I was glad to see they were able to double their attendance for 2006. The nice people of Fairfield and their Lion's Club were not so lucky. This year there were only 15 cooks at the event, down by about ten from last year. The Lion's had pre-sold plate lunches in the community and because of the low turn-out, they ran out of food. I hope they were able to work it out to every-one's satisfaction.

Despite the low turn-out, there were some "seasoned" (pun intended) veterans cooking and the competition was not at all weak. I had the good fortune of cooking next to the LSBS two time cooker of the year and I had a great time getting to know him a little better. I also had the pleasure of seeing some old friends and meeting a number of new ones.

As for the results, I had my best ever competition. I managed to place top ten in all 4 meat categories, and top 5 in two. The run down goes (in order of the event turn-ins): 5th place in chicken, 8th place in pork spare ribs, 7th place in pork shoulder butt and 3rd place in brisket. I was particularly pleased with my brisket finish as this was my first time to place in this category. My chicken finish was also my highest. We don't cook butts very ofter so it was nice to place here as well.

Congratulations to all the winners. I hope that the next Fairfield cook-off in January will be better attended. Just bring your long John's. Here are some photos of the awards: 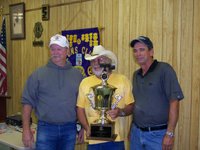 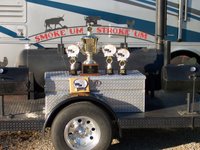 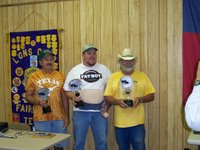 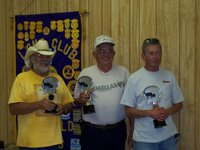 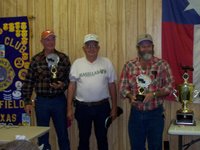 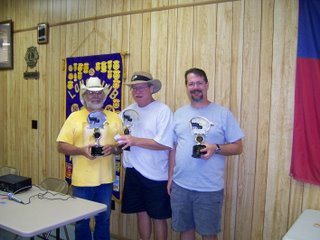 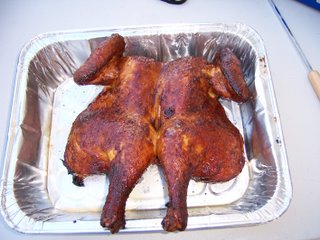 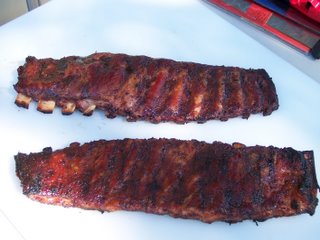 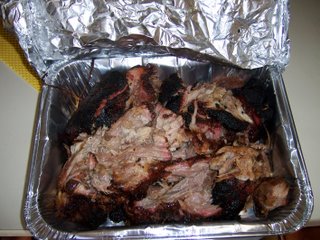 Can you believe I forgot to take a picture of my best so fat brisket? Sad but true. 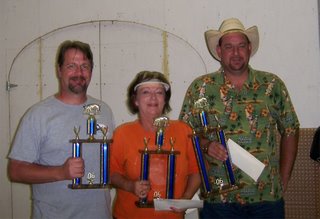 This was a really nice event. The Lion's Club was well organized and they had a really nice turnout. There were 41 teams this year, that's double the turnout of their inaugural cookoff last year. I was very happy to place third in ribs at this event. There were some really good and experienced cooks in attendance. My ribs really turned out great. 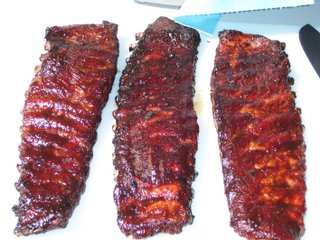 I also made it to the finals in the beans. My chicken was a disappointment. I haven't cooked enough on my new Big Green Egg to get the timing down. My brisket was dry, not a great effort. All in all though, my ribs saved the day and I am quite pleased. 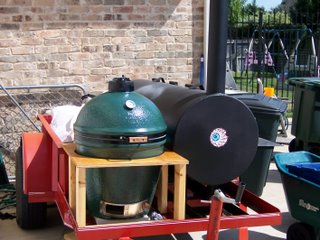 Well the Un-egg experiment convinced me I needed a real BGE. It wasn't that it didn't cook well, the problem was the ceramic pots didn't hold up to the temperatures and the travel. So I bought a large BGE, mounted it on my pit trailer and we're ready to cook. I did an inaugural chicken last night ant it tasted great. It was very moist. We'll see how it works in competitions ( as if it would be the fault of the egg).