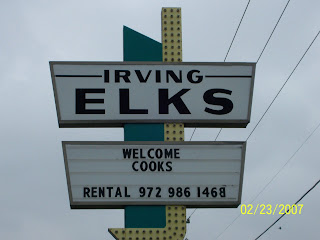 There were 35 teams that showed up for this year's Elks cook-off. That was reportedly down a bit form last year but there were two other big cook-offs in the state on this weekend. There were plenty of electrical hook-ups for the RVs which is always nice. The Elks provided a nice, full breakfast for the cooking teams on Saturday morning. The weather was a factor. There was a little rain overnight but the big storms that were predicted never hit. A front did pass through a with it was a strong west wind that nearly blew everyone away. Everything had to be tied down. The wind also brought half of the dirt from west Texas. The sky turned red and a fine layer of dirt covered everything.

I saw some old friends and met a few new ones as well. 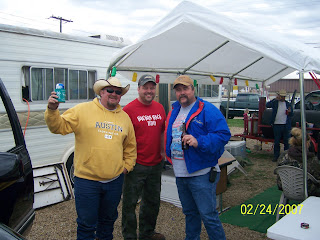 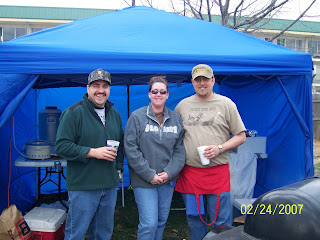 As for the competition, I placed 4th in the Jackpot Pinto Beans, just one out of the money, an 7th in Pork Spare Ribs. My ribs have been very consistent an I had another good product this time. I was suprised by my beans, they were really good this time. I hope I can duplicate that effort next time. 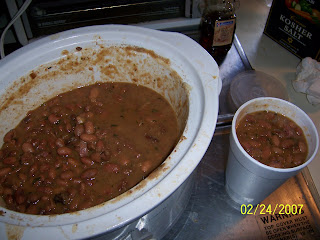 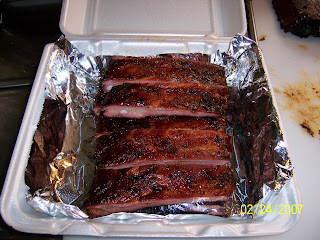 The brisket and chicken were a disappointment. I'll have to go back to the drawing board and rethink what I'm doing. For the next few weeks I'll be working on my new pit and trailer. The next competition will most likely be in West where a big group and plenty of heavy hitters will be present.
permalink posted by Brian Anding @ 9:37 AM 0 comments